Short holidays letting in Budapest are likely to be restricted. The Hungarian Government believes that the proliferation of Airbnb type lettings is damaging the hotel industry – a major employer in the city.

Letting companies point out that the profile of customers renting apartments is very different from hotel guests, younger and less affluent.

However City authorities also want restrictions on holiday lets. They argue that the rapid growth of the sector makes long term lettings to local people less viable, is pushing rent levels and property prices up, and is pushing local people out of the city centre.

While we feel that Budapest is an attractive and historic city that is well worth visiting, we also believe that part of its attraction is the fact that there are still local people living and working in the area, making it a family friendly destination.

There are currently about 20,000 hotel beds in the city and up to 12,000 apartments let to tourists.

The number of holiday lettings in city centre apartments has doubled in the last five years. Property prices and rents have shot up during this time.

One possibility that is being considered is to restrict lettings to 120 nights per year., which owners say would seriously affect the viability of the holiday lettings business and hit th tourism industry.

We love the fact that Budapest remains a living city, and hope that it will remain that way.

In 1989 as communism fell apart in Eastern and Central Europe, quite a few statues were falling and being destroyed. In Budapest however instead of destroying statues of Lenin, Marx etc they were collected and put on display in a park on […] 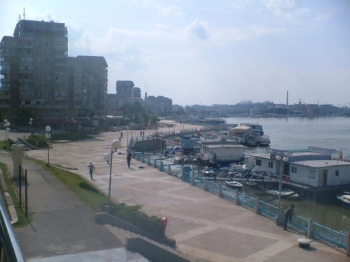